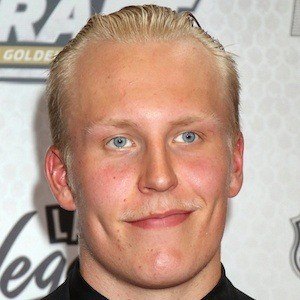 Conservative who was chosen second generally in the 2016 NHL Draft by the Winnipeg Jets in the wake of playing with Tappara in the Finnish Liiga. He helped Finland win the 2016 IIHF World U20 Championship.

He left school at 16 to concentrate on hockey, which is the point at which he made his presentation with Tappara in 2014-2015.

He was named the 2016 IIHF World Championship MVP and was the beneficiary of the Jari Kurri Trophy for Liiga Playoff MVP.

He was conceived in Tampere, Finland, and grew up with a sister.

He and Auston Matthews were viewed as the main two prospects in the 2016 NHL Entry Draft.